OK now... I'm a little late.  Fasionably late, no less.  But hey... that's Diva Alana for you, right?  So, there is this book coming out soon (a real shocker, I know) that I have been eagerly awaiting to share with everyone! 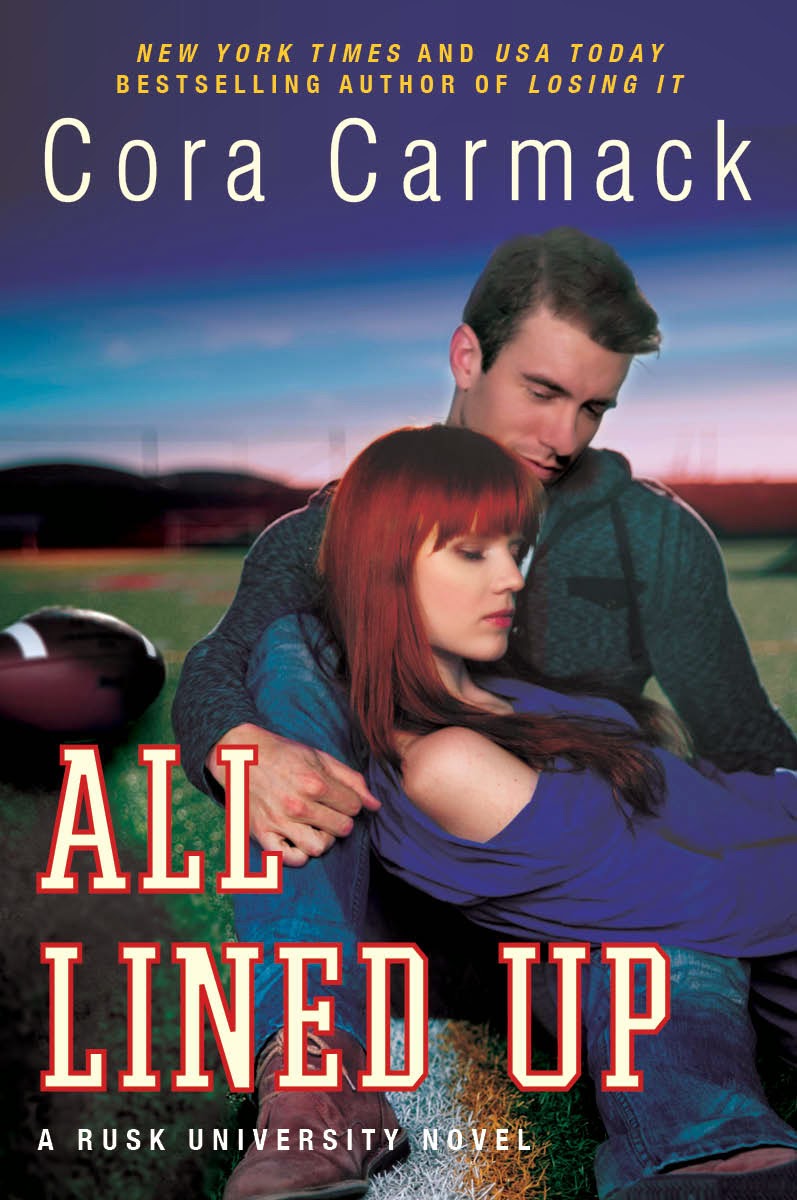 ALL LINED UP,
the first book in Cora Carmack's highly anticipated Rusk University Series!
ALL LINED UP is a New Adult Contemporary Romance novel published by William Morrow (an imprint of HarperCollins). It is due to be released on May 13, 2014!!


ABOUT ALL LINED UP:

In Texas, two things are cherished above all else—football and gossip. My life has always been ruled by both.


Dallas Cole loathes football. That's what happens when you spend your whole childhood coming in second to a sport. College is her time to step out of the bleachers, and put the playing field (and the players) in her past.
But life doesn't always go as planned. As if going to the same college as her football star ex wasn’t bad enough, her father, a Texas high school coaching phenom, has decided to make the jump to college ball… as the new head coach at Rusk University. Dallas finds herself in the shadows of her father and football all over again.
Carson McClain is determined to go from second-string quarterback to the starting line-up. He needs the scholarship and the future that football provides. But when a beautiful redhead literally falls into his life, his focus is more than tested. It's obliterated.
Dallas doesn't know Carson is on the team. Carson doesn't know that Dallas is his new coach's daughter.
And neither of them knows how to walk away from the attraction they feel.

Let's take a moment, shall we, to be introduced to Stella...
She may well be one of the best BFF's out there, I know I sure would have gotten into all kinds of crazy trouble with her.  Goodness knows I got into it enough without her. 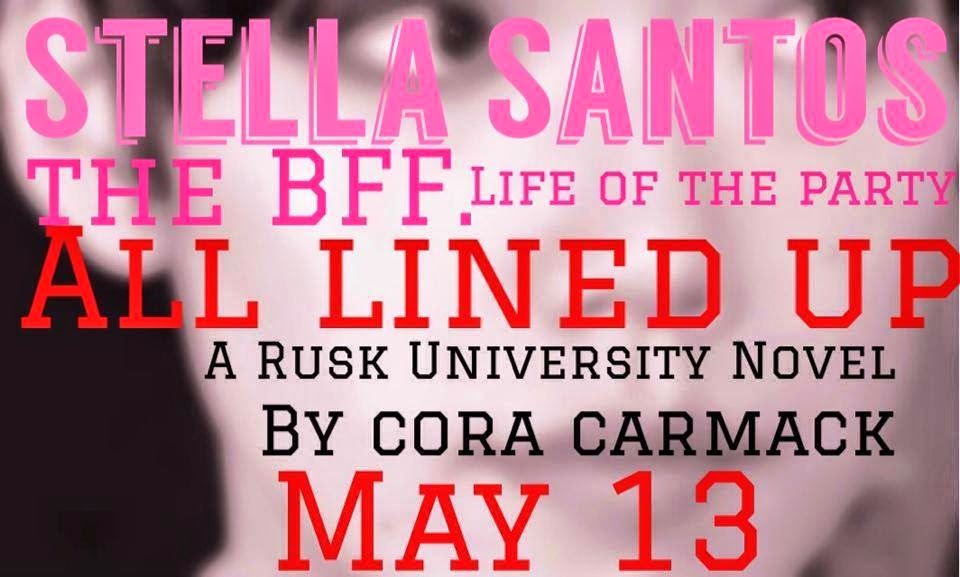 So, Stella has this 'Stamp of Approval' which is like the little devil sitting on your shoulder saying, "This is a GOOD idea."  It's the perfect foil for Dallas, and her 'Stamp of Disapproval'. 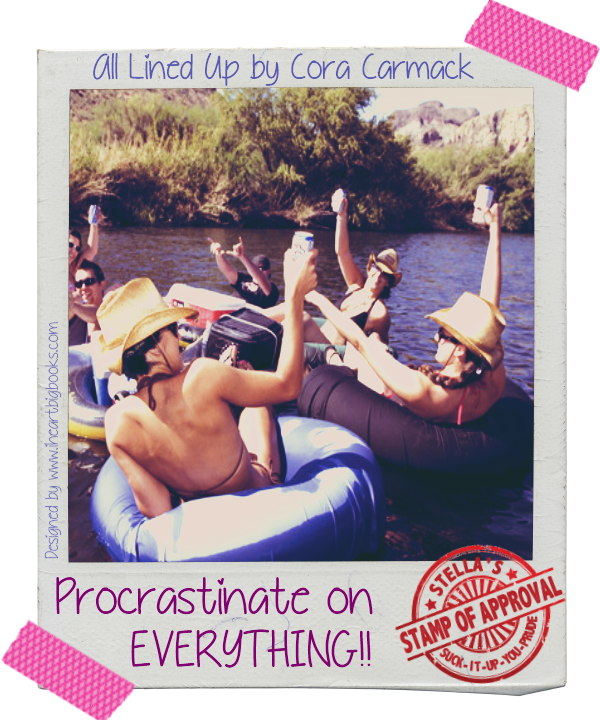 I'm a big believer in not doing today what you can put off till tomorrow, or the next day, or next week...
And can I say, if you've never 'tubed' a river (see above photo) you are really missing out!  But beware, you're drunker than you think and won't realize until you stand up out of the tube and try to walk.  Yes, I know this from experience, and 'shhh!' with your disapproving eyebrows. 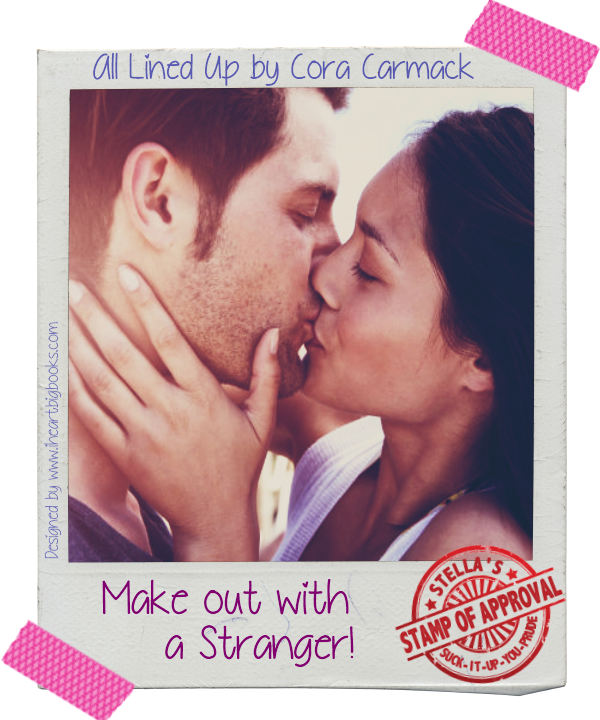 Yes, I may well know what this is like... in New Orleans... during Mardi Gras... and have a picture to prove it.  No, wait, my friend from college still has that photo and has threatened to post it.  Oh, well, it was college, right? 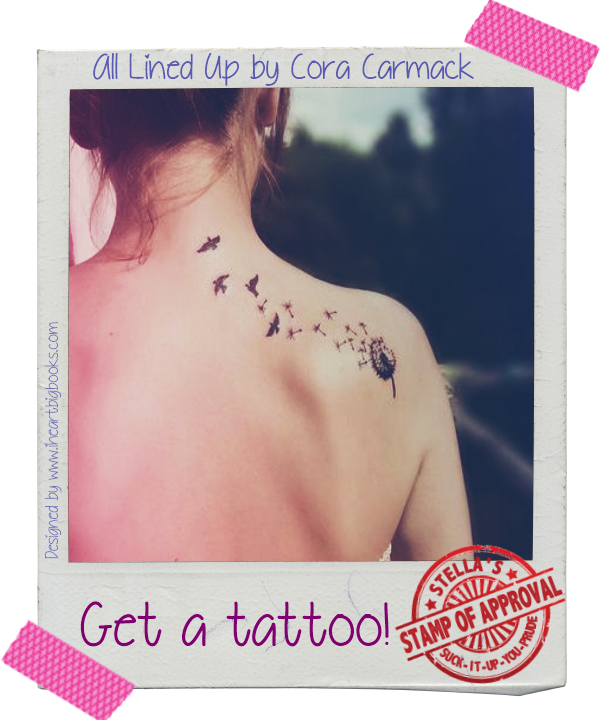 Yes, they ARE addictive.  No, one is never enough.  Neither is three. About Cora Carmack:
Cora Carmack is a twenty-something writer who likes to write about twenty-something characters. She's done a multitude of things in her life-- boring jobs (like working retail), Fun jobs (like working in a theatre), stressful jobs (like teaching), and dream jobs (like writing). She enjoys placing her characters in the most awkward situations possible, and then trying to help them get a boyfriend out of it. Awkward people need love, too. Her first book, LOSING IT, was a New York Times and USA Today bestseller. Posted by LoonyAlana at 9:28 am