We're excited to be part of the cover and synopsis reveal for Tattered Pieces by Heather Gunter.  This looks and sounds decidedly different to what we've seen from Heather before in her NA Changing Series and her YA Love Notes Series and the cover has definitely caught our attention.  What do you think?? 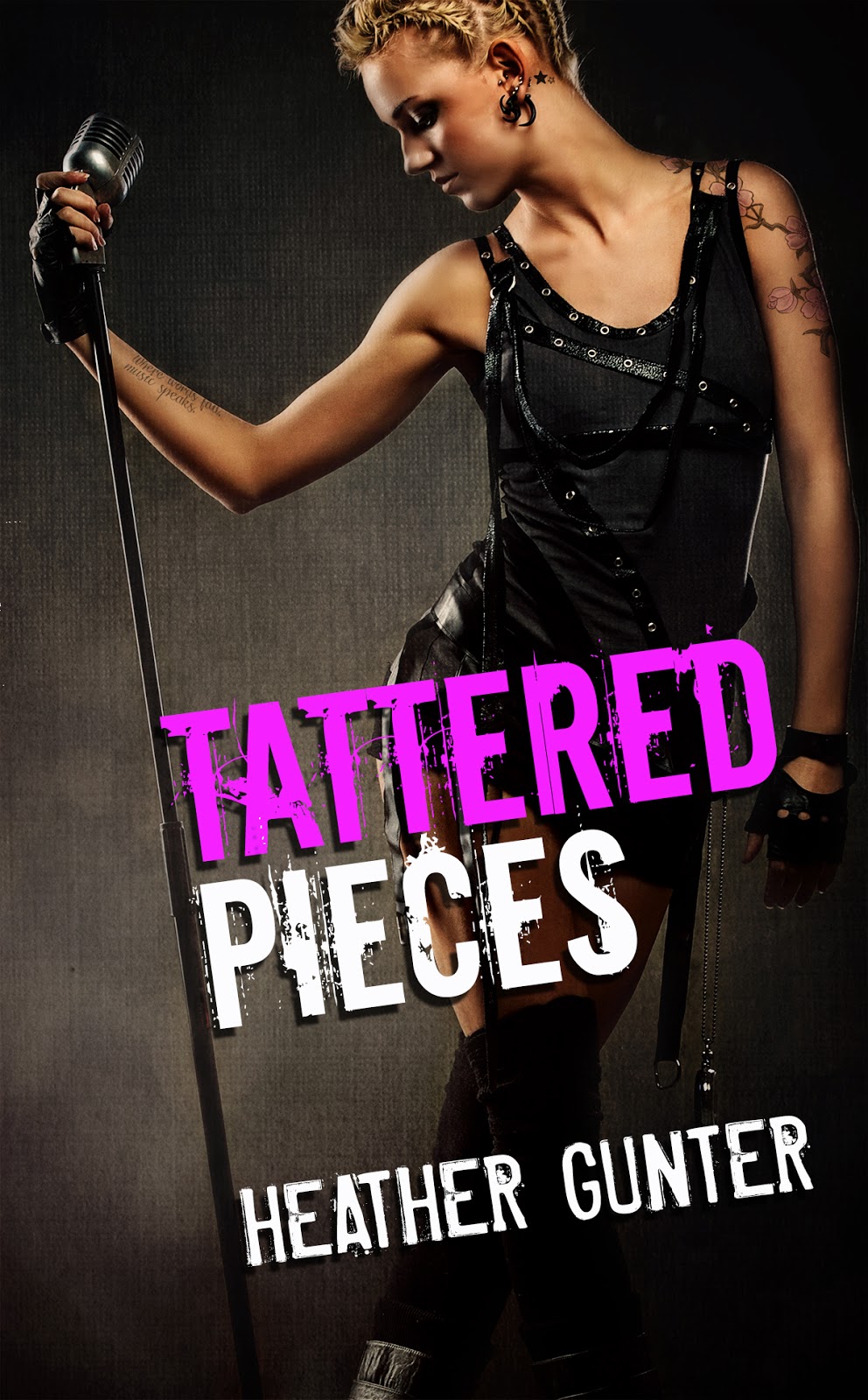 Riding high on the waves of success, Dove Sinclair, lead singer of Tattered Pieces, has it all - until one fateful night her party hard lifestyle almost costs her everything. Stupid and reckless doesn't even begin to describe her actions. Getting arrested definitely wasn't in the game plan, nor was an enforced stay in the Serenity Lakeview Clinic. If Dove wants to keep her band, her career and her life, then there is no alternative. The question is, will rehab force her to deal with the things that have triggered her reckless behavior or will she continue trying hard to forget and fade further into the dark.

Jasper Phillips is the kind of guy everyone loves. He comes from a good family, works hard and seems to have it all. Friendly, positive and popular are words people use to describe Jasper regularly. Sometimes what’s on the outside is only what we want people to see, while on the inside we’re battling demons that are too frightening to describe. When those demons manage to catch up to you, the whispers of their world becomes a very inviting place.

Dove doesn’t understand how Jasper fits in at Serenity Lakeview Clinic but something about him calls to her, awakening her desire to feel alive and normal again. As Jasper battles his inner darkness he is drawn to Dove, all the while fearing that if she gets close enough she won't like what she sees. As Jasper struggles to stay in the light, can he help Dove see what she has right in front of her? 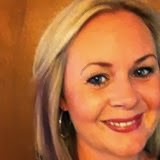 Heather is a devoted mother of three gorgeous boys. She balances spending as much time with them as possible with writing, updating her Into the Night Reviews book blog and her day job. Her love of animals sees her home in Canton, GA bursting with numerous dogs and ferrets.

Heather campaigns passionately for anti-bullying initiatives and has a strong conviction to reduce peoples suffering at the hands of bullies.

A talented singer, who once dreamed of pursuing a career in that field, she has put that goal aside in exchange for her writing. A self proclaimed geek, whatever spare time she has is spent curled on the couch reading and listening to music.

Ashley Davis is over her high school 'bitch' label and has decided to reinvent herself. College offers a new beginning, a chance to be different. After being assaulted, she's realized that she needs to change and college is just the place to do it. Nobody knows the Ashley she used to be and she'd like to keep it that way.

Afraid of falling into the same patterns she decides that having no friends, no life and focusing on school is the way to go, but she didn’t bank on someone like Mac as her roommate or the tall, dark and completely geek hot in his glasses, Zeke Whitman.

Ezekiel (Zeke) Whitman is driven and focused when it comes to school. When he's forced to partner with a tall, leggy blonde with a slight attitude, he's thrown for a loop. With so much at stake, Zeke can’t afford distractions and Ashley is certainly that. From their first encounter Zeke sees more than just another gorgeous girl.

As a former gymnast, the concept of grace is something Mackenzie “Mac” Rivera is very familiar with. Hours upon hours of training, turning out routines that appear flawless to an outsider have allowed Mac to masterfully hide the pain and frustration of falling short of the level of perfection every gymnast strives for. It's a skill she puts to good use when she goes off to college and recreates herself. Moving on from a high school humiliation, Mac is happy with who she is and the life she has laid out before her.

Reece Shaw has it all, or so he pretends to. Too caught up in appearances and maintaining his high school status, he let the one girl that he felt something real for slip through his fingers and he's never forgiven himself for that. In a last ditch effort to put the past firmly behind him, Reece moves away from everything familiar in his life to start anew at college. Sometimes though, the past has an uncanny way of following you where you least expect it and he soon discovers its not always easy to simply start over.

Suddenly faced with a part of her past Mac would much rather forget, she is left with the all too familiar feeling of sliding backwards while trying to move forward; just like the Gainer she could never quite master on the balance beam. Mac's future depends on her leaving the past behind. The question is, can she do that gracefully and with her heart intact?


The Love Notes Series (YA)

How do you cope when the people you care for hurt you the most? When the way you feel on the outside, smothers you on the inside. And when you are left to face your demons alone, will you learn that only you have the power to overcome them?
Charlie has never had it easy. Between the constant moving and the incessant fat comments and jokes from her father, her self-worth is nonexistent. Her reflection in the mirror shows her nothing but a plain Jane. Music is the only thing that keeps her sanity in check.

Charlie catches the eye of the town star quarterback, Maverick. With her curves, her brunette hair, and the voice of an angel, Maverick has never met anyone like her. Everything that is different about Charlie just makes Maverick like her more. Unfortunately, Charlie doesn’t see it herself.

Proving it to her may deem harder than he thinks, especially when tragedy strikes and tears them apart.

Now standing on her own two feet she may finally learn exactly who she is, what’s she’s capable of and how very un plain Jane she really is.

Everyone thinks of me as this happy and upbeat person. What they don't know is that I carry a deep, dark secret. Something horrible happened to me a year ago, and I have kept it quiet all this time. I was fine for a while, but somehow it’s chosen this time to come back, and it's eating at me--like a cancer.

I need to tell someone about it, I just don't know how. I'm pushing everyone I love away, including my mom and my best friend Charlie.

Then there is Will. Handsome, sweet Will. We went out on a date a while back, but then the incident happened leaving me crushed and him confused.

How do you tell someone you care about all of your secrets, and will they still want you when the truth comes out? 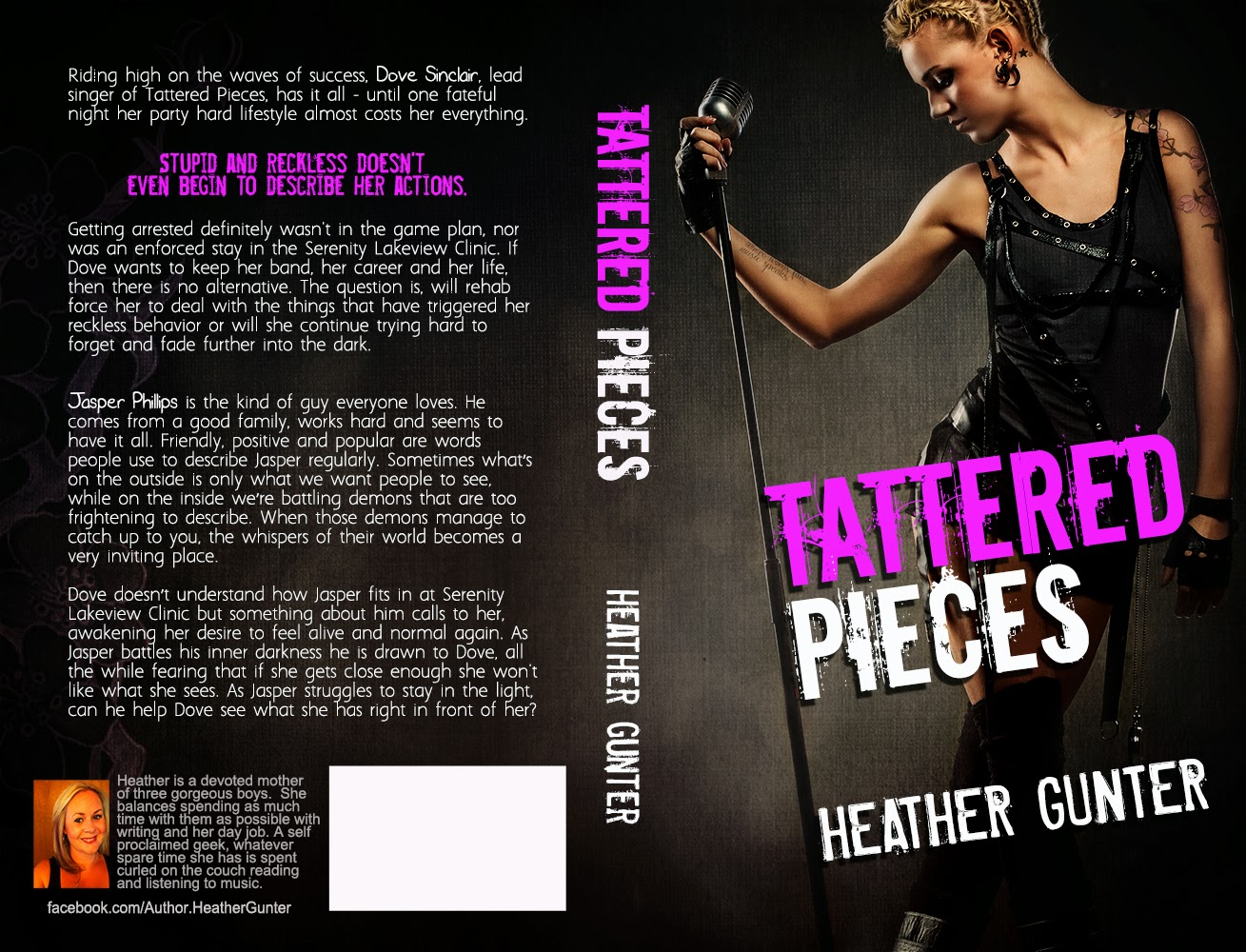